Moving home can be a tiring experience; several studies have concluded that it’s one of the top three stressors a person can go through in life. However, if you are in the process of moving to or from California, there are plenty of ways in which you can make the transition from one home to another a more pleasant experience. The single most important factor is organization. Although packing up your belongings, hiring a moving company and leaving your current home will undoubtedly be demanding in terms of time and energy, you can make the entire process much easier on yourself with just a few preparatory steps. USAMovingCompanies can help you get the best moving company.

Organizing and packing your things can be just as challenging as the move itself. It’s best to begin the process as soon as possible after you have decided to move, as this is one task which almost always takes longer than expected. In California moving supplies are readily available and buying the necessary items, such as boxes of varying sizes, masking tape and labels will make it much easier to stay organized when things start to get hectic. It’s generally better to use several smaller boxes rather than a few larger ones, as these will be easier to lift and are less likely to collapse from the weight of the belongings inside.

Moving companies can be found in abundance all over the state. The kind of mover you choose to hire will ultimately depend on how many things you own and how far away you are going. If you are a single person with just a few suitcases of clothing and other belongings, and your new abode isn’t too far away, then you might be able to manage moving your things alone by renting a moving van and driving it yourself.

However as a general rule, those who need to take larger items such as furniture and appliances are best advised to use moving services; although moving everything by yourself might save you a few dollars, the stress, along with the possibility of damage to your belongings, simply isn’t worth it.

In terms of costs, hiring movers won’t break the bank; in California moving expenses are rarely excessive and any reputable company will offer you a good deal which is within your price range. The price of the move will be dependent on a number of factors, including the distance from your current home to your new one, the size of the moving truck you require and the time of day during which you wish to move. Moving quotes may also include things like the valuation of the items that are to be moved, as well as insurance; make sure to ask them exactly what is included in the final figure.

All moving companies are requires by law to provide their customers with a booklet called ‘Your Rights and Responsibilities when you move’; if they do not offer you this, then they may not be as reputable as they appear and you should look for another company.

In California local movers can be used for distances of about 30 miles; this type of move is usually charged by the hour and the final cost will depend on the amount of men in the moving team. For those moving further afield than California out of state moving will be charged based on the mileage and the weight of the items; these rates are determined by the Household Goods and Carriers’ Bureau Committee.

Before choosing a moving company, make sure to do your research; ask the company for their full business address, their MC and DOT license numbers, phone number, website address and references. This is important, as moving is stressful enough without having to deal with an unscrupulous company. 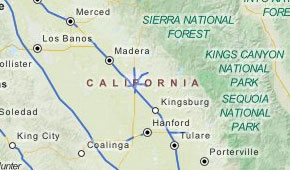 Check out the following companies: